Jamaican track and field sprinter. He competed at the 1948 and 1952 Olympics in six events in total and won one gold and three silver medals.

Perhaps because of his success across the wide variation of distances, McKenley was known to have an uneven pace, blasting out to an early lead, but slowing towards the end of a 400 meters. August 23, 1947, on a wind-aided straight, boardwalk at Long Branch, New Jersey, McKenley was timed in 45.0 for 440 yards, a claimant to being the first person to break the 45 second barrier at 400 meters. 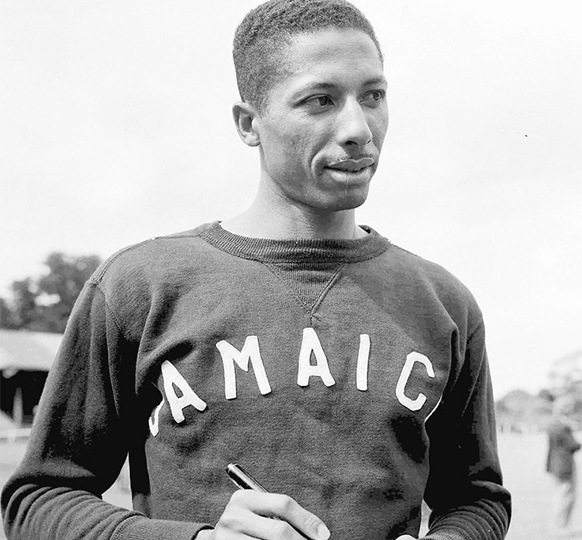 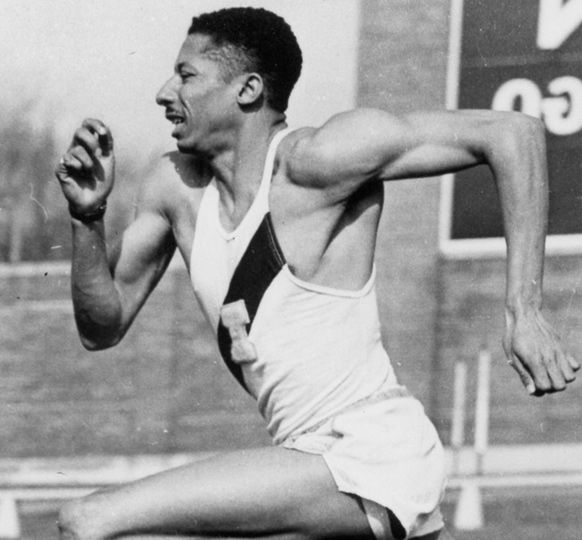 At the first 1951 Pan-American Games in Buenos Aires

At the Helsinki Olympics, McKenley was second in 100 m (the first four clocked 10.4 in a very close race) and second in 400 m. He finally got his Olympic gold, when he helped the Jamaican 4 × 400 m relay team to win the race with a new world record of 3.03.9. His remarkable 44.6 leg is credited with pulling Jamaica into contention. It is considered one of the greatest relay legs in history.

After retiring from sports, McKenley was a coach of the Jamaica national team from 1954 to 1973 and served also as a president of Jamaica Amateur Athletics Association. McKenley led a youth program that produced the likes of Donald Quarrie, Lennox Miller and Merlene Ottey. Soon, 60 to 100 Jamaicans were receiving track and field scholarships to American colleges every year.

McKenley also maintained a guiding hand in the track and field program at his alma mater, Calabar High School. Herb is always referred to as Calabar’s favorite Son. In 1964, for the first time, McKenley entered a Jamaican high school team in the Penn Relays in Philadelphia. Now, almost 30 Jamaican high schools send more than 400 boys and girls a year to the meet, held in April. Since their first year, Jamaican schools have won almost half of Penn’s major relays for high school boys and more than half for girls. For his contributions in track and field, he was awarded the Jamaican Order of Merit in 2004.